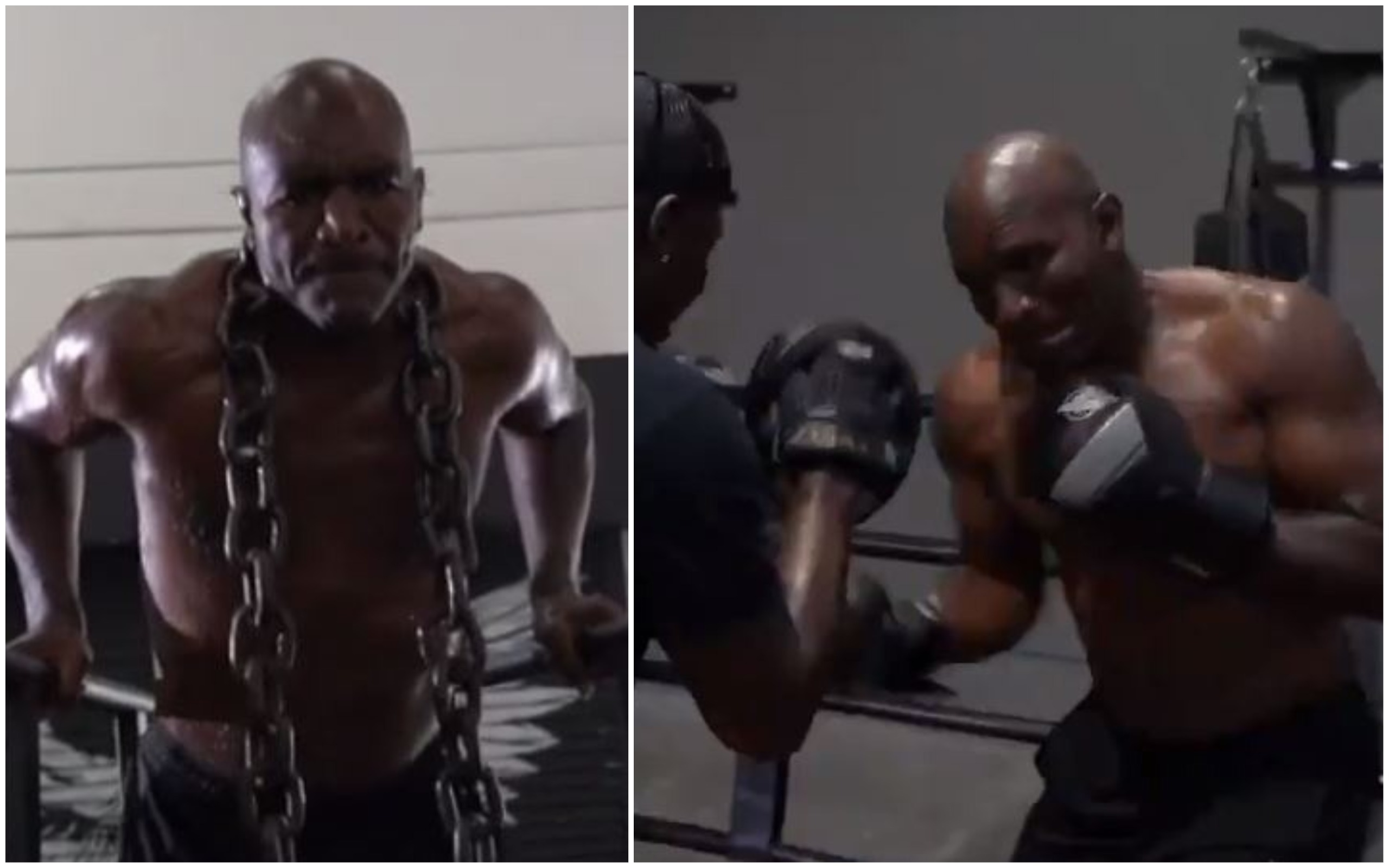 Evander Holyfield is making superb progress ahead of a potential fight with Mike Tyson judging by his latest training video featuring Wladimir Klitschko.

The 57-year-old announced earlier this month that he is planning a return to the ring and a potential exhibition bout against Tyson – who he has beaten twice in his profession career – has been touted.

Holyfield and Tyson have both released clips of their training sessions over the last four weeks and the two former heavyweight champions still look in excellent shape.

But on Friday, Holyfield dropped his best training montage to date as he showed impressive power and speed on the pads, while he still appears to have plenty of strength as he bench-pressed considerable weight before showing off a few pull-ups and dips with a heavy chain draped around his neck.

Eagle-eyed fans will also notice in the video that Holyfield has enlisted the help of Wladimir Klitschko and former light-heavyweight world champion Antonio Tarver.

In the video, Klitschko was briefly seen with a clipboard in his hand while Holyfield was skipping before the former undisputed heavyweight champion was involved in a powerful handshake with the 57-year-old.

Meanwhile, Tarver was the man holding the pads for Holyfield and ended the video by saying: ‘The real deal is back, baby’.

Holyfield also introduced the video with the hashtag ‘#teamholyfield’, which suggests Klitschko and Tarver could be making more appearances in the future.

Tyson, meanwhile, left fans stunned with his impressive physique in his latest video on Wednesday evening.

In a message to his Chinese fans on social media platform Weibo, the 53-year-old confirmed he was considering a return to boxing and said, ‘if I do, I’m going to fight with the spirit of Mao’.

When asked about a potential trilogy fight against Holyfield this week, Tyson told TMZ: ‘Listen I know don’t if me and Evander are going to get in the ring but it would be awesome for charity.

‘Can you imagine me and him going in the ring together as arch enemies, doing it for the humanity of people, for people less fortunate than ourselves. What would that be like?

‘That’s something that’s never been done by any entertainer or any sports figure in the history of sports.’