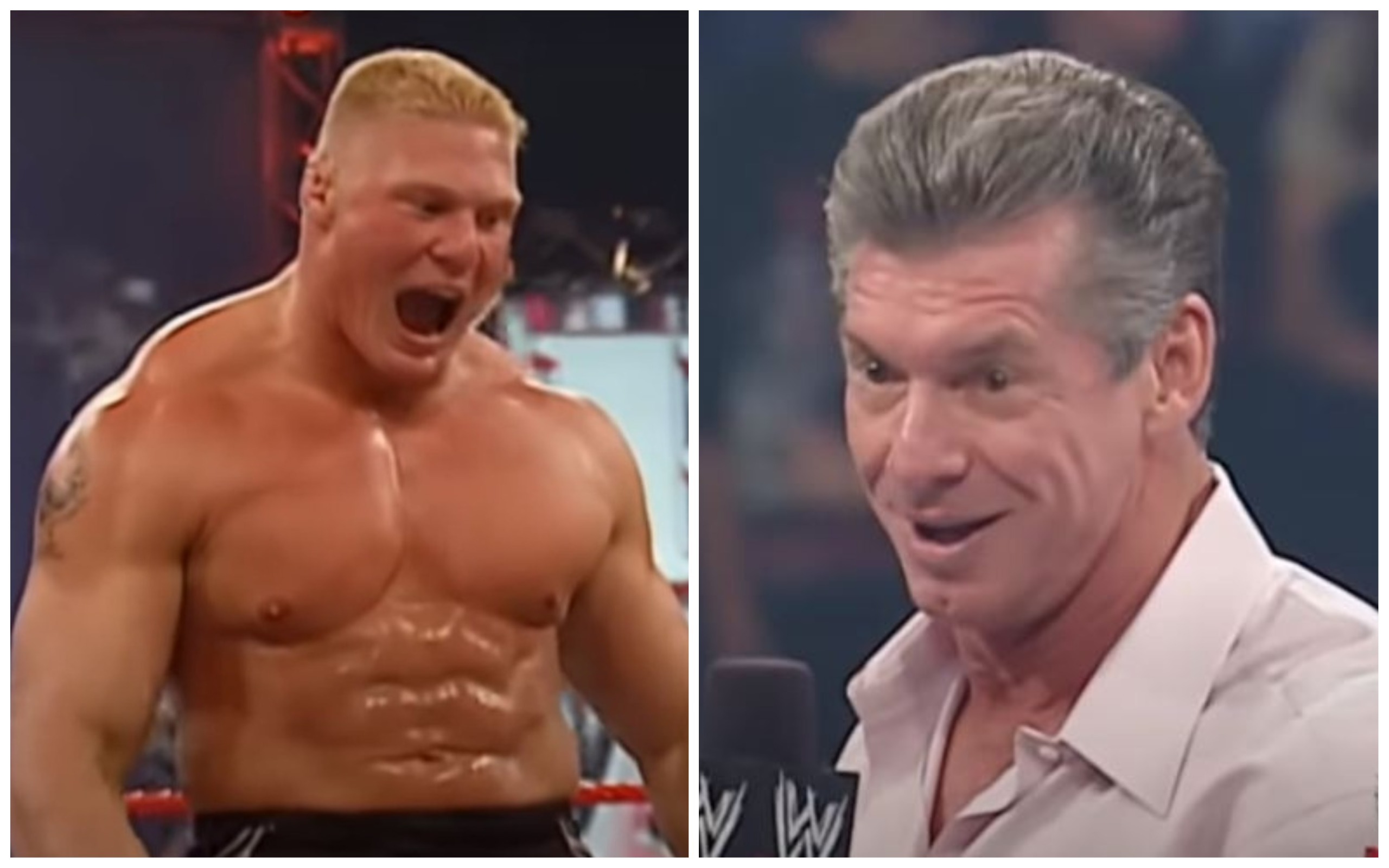 Jim Ross has revealed that WWE chairman Vince McMahon was immediately blown away by Brock Lesnar within 10 seconds of their first meeting.

Lesnar made his first televised appearance in March 2002 and a rapid rise saw him win the WWE championship in August that same year, which made him the second-fastest wrestler behind Ric Flair to win the title since making his debut.

At the age of 25, Lesnar was also the youngest WWE champion at that point and his incredible strength and athleticism saw him dominate until his depature in 2004.

Before joining WWE, Lesnar was regarded as one of the best amateur wrestlers in the United States and won multiple titles whilst at the University of Minnesota.

Lesnar was initially signed by WWE in 2000 but his rapid progress saw him fast-tracked to the televised shows.

And Ross admits that McMahon immediately knew he had a star on his hands in Lesnar.

‘I wrote in my book Under the Black Hat about Vince’s… what he thought when he saw Brock Lesnar for the first time,’ Ross said in an interview with ESPN MMA.

‘You know we started craving Brock Lesnar when he was a junior in college in Minnesota. So we were not gonna let him go.

‘When Vince saw him he had the damnedest man crush in like 10 seconds on earth. He said, ‘damn, he looks like a Viking’.

Speaking about the first meeting between Lesnar and McMahon on his podcast last month, Ross said: ‘It was the first time Vince McMahon physically laid eyes on Brock Lesnar.

‘You’re not going to hear that in a lot of places. Brock came to the event. We were recruiting him. Jerry Brisco was recruiting him heavily.

‘He was on him. He was our number-one target and we got him. We got our guy. And he came to the show because, Brock, I don’t think he had been to a pro wrestling event in his life. He was not a fan.

‘It didn’t mean he hated it. He just was occupied with working on the farm, playing football, and wrestling at a high, high level. So I remember that.

‘I remember Vince walking out of his office and down [the hall] and I said, ‘Brock Lesnar is here’ and I had to refresh his memory about who that was. No face, no name – Vince didn’t know.

“And so, I said, ‘he’s standing out here’ and when Vince walked by, he gave him a little wave. He said, ‘wait a minute, is that what I think it is? Is that 6’3″, 280 [lbs.]? Is that blonde hair? Looks like an angry Viking or a heifer bull.’ So Vince made a little detour, shook Brock’s hand, the rest, as they say, is history.’