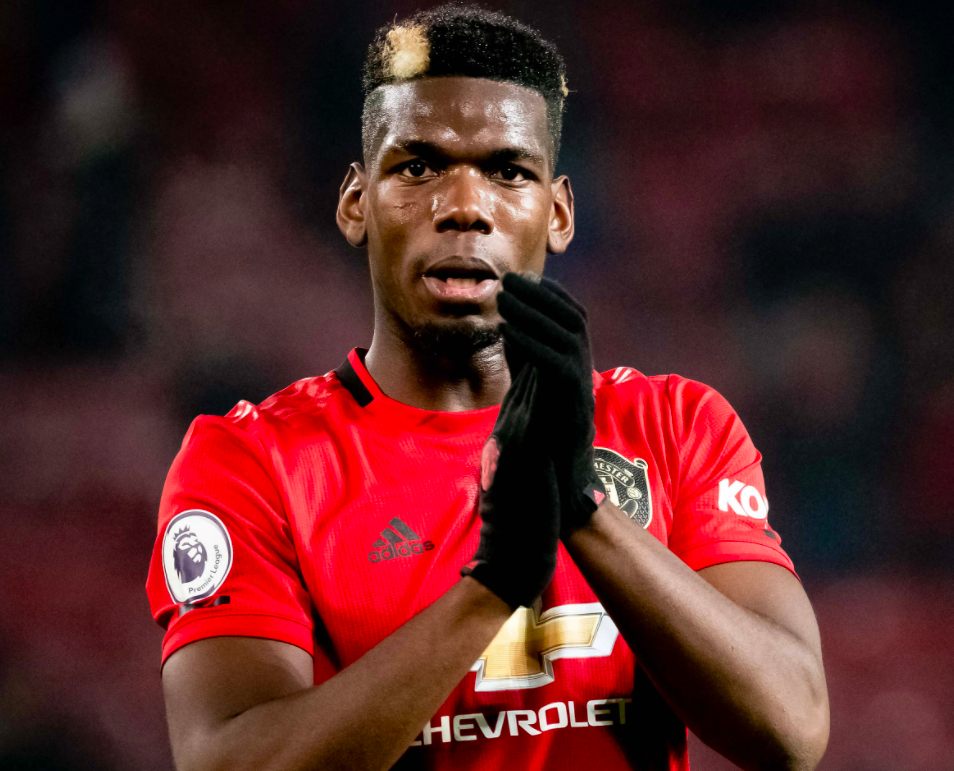 Andre Gray has revealed that he gets ‘annoyed’ by the constant criticism aimed at Paul Pogba and claims ‘nobody can get near’ the Manchester United midfielder whenever he has been on the opposing team in the Premier League.

Pogba’s lack of consistency has been a major source of frustration since his £89million return to Old Trafford back in 2016 and the 27-year-old is being heavily linked with a move away from the club this summer, with Real Madrid and Juventus interested.

The Frenchman has only managed seven league appearances for the Red Devils this season due to an ankle injury and was nearing his return when the coronavirus pandemic brought football to a halt.

Gray has no doubts about Pogba’s ability (Picture: Getty)

While there’s been a tendency to question Pogba’s value during his absence from the side – with Graeme Souness recently challenging the World Cup-winner to ‘put his medals on the table’ – it’s clear he has an admirer in Watford striker Gray.

During a chat with Threesixtytv this week, Gray discussed at length the difference between the average fan’s perception of Pogba and the reality of actually having to face the midfielder on a matchday.

‘People talk about Pogba and it annoys me because every time I’ve played against Pogba – it’s probably been about four or five times – and nobody can get near him,’ the ex-Burnley forward said.

‘He might not set the world on fire and score a top corner goal or do the craziest assist but you can’t get near the kid. His brain…. he’s somewhere you’re not and you just can’t fathom it.

‘And until you’re on the pitch with him you’ll never understand.

‘From the stands it’s like, “Oh, he just turned him or he just took this control” but listen, when you play the game and really understand when you’re in the midfield and in the positions there and you’ve got four men around you… I’m telling you now, people cannot fathom certain people.’

Rooney believes Pogba can be an ‘incredible’ player for United (Picture: Getty)

Earlier this week, Wayne Rooney backed Pogba to become an ‘incredible’ player in United colours if Ole Gunnar Solskjaer allows him to make more runs into the box.

‘You ask any striker or central midfielder and they will tell you one of the hardest things to deal with is a centre back who comes out with the ball,’ United’s all-time record goalscorer wrote in his column for The Times.

‘Another nightmare is the Frank Lampard type, the midfielder who runs past you: with Frank, when the ball went wide you knew he would be off, sprinting into the box and he was one of those about who Fergie would say: “This player is not a one-man job — you have to pass them on.”

‘He would say that about some you wouldn’t imagine: Stephen Ireland was one, Jermaine Jenas another, purely because they were willing to run beyond your midfield and with those players there’s going to be a crossover movement from when your central midfielder is dealing with it to when your centre back is.

‘One lapse of team concentration in that moment and the best – like Lampard – punish you.

‘That’s why I would love to see Paul Pogba playing deeper and attacking the box the moment the ball went wide.

‘He would score more goals and with his good feet, his athleticism, he would be an absolute nightmare.

‘I would use him in that role – it’s one where, if he developed in it, he could be incredible.’